On Giving Day, Take Advantage of Matches to Maximize Impact to Scholars

Thanks to a number of matches, Supporters of College Park Scholars will have an opportunity to maximize their gift on Giving Day, Wednesday, March 9. Giving Day is the University of Maryland’s annual 24-hour fundraising effort. 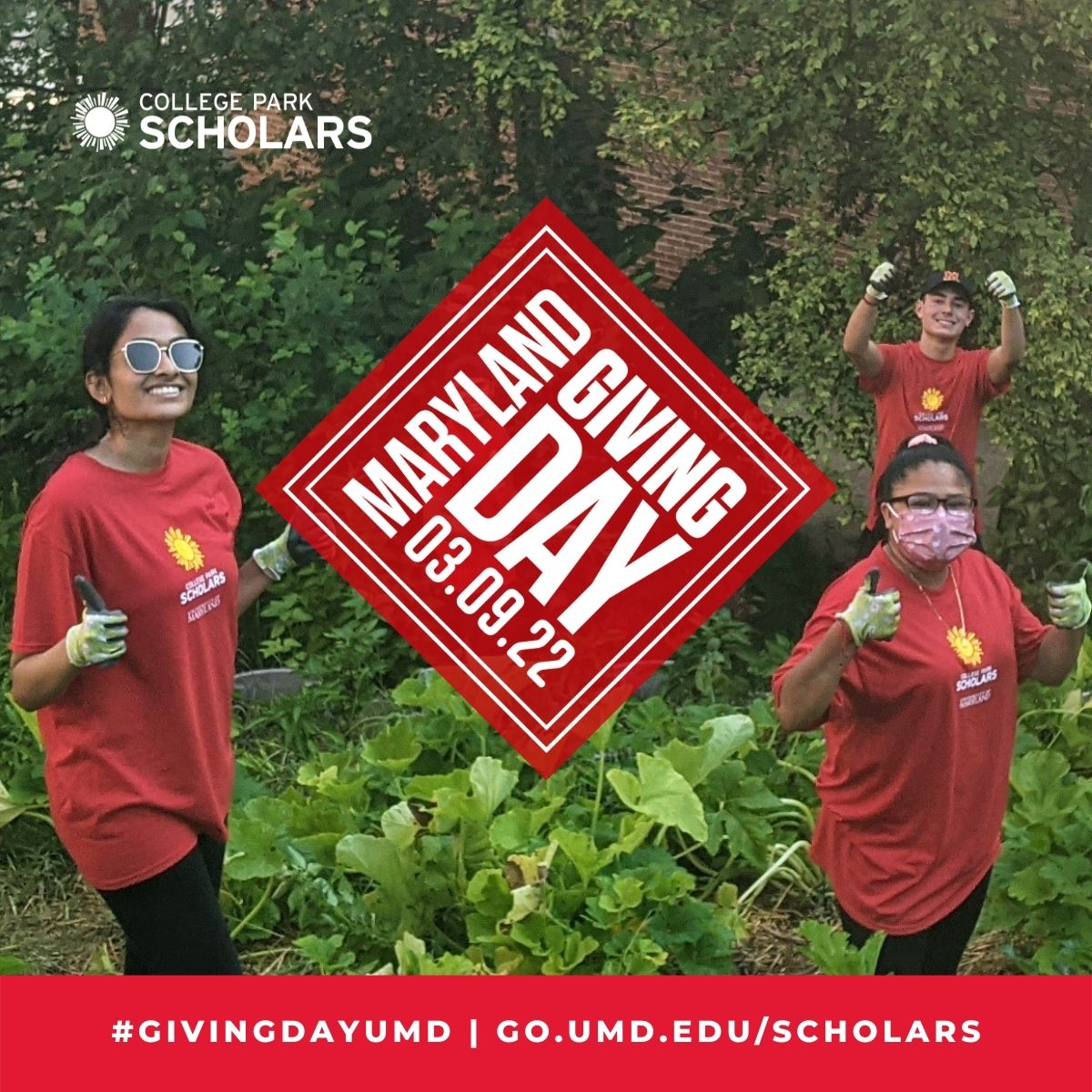 On Giving Day 2022, Scholars is raising money for the Scholars Legacy Fund. The Legacy Fund provides co-curricular scholarships to Scholars students and undergraduate alumni seeking financial help in pursuing experiential learning opportunities, such as internships, research, service-learning and global learning. Though such experiences can be life-changing for students, they are often unpaid—forcing students to make difficult decisions around whether they can even undertake these opportunities in the first place.

On Giving Day, which runs from midnight to 11:59 p.m. on Wednesday, March 9, the following matches will ensure that donor impact to Scholars will be doubled, even tripled.

Two campuswide matches will also enable donors to maximize their gifts to Scholars:

In addition to the Legacy Fund and the Kenneth A. Joseph Memorial Endowment Fund, supports of College Park Scholars may also donate to the Rebecca N. Basena Kampi Memorial Scholarship.

Save the Date on Google Calendar
Back to Top