Undergraduate students wishing to give back to College Park Scholars on Giving Day, Wednesday, March 9, now have the option to donate a single dollar to support their fellow Scholars. Giving Day is the University of Maryland’s 24-hour fundraising effort, during which Scholars is raising money to help Scholars students participate in experiential learning. 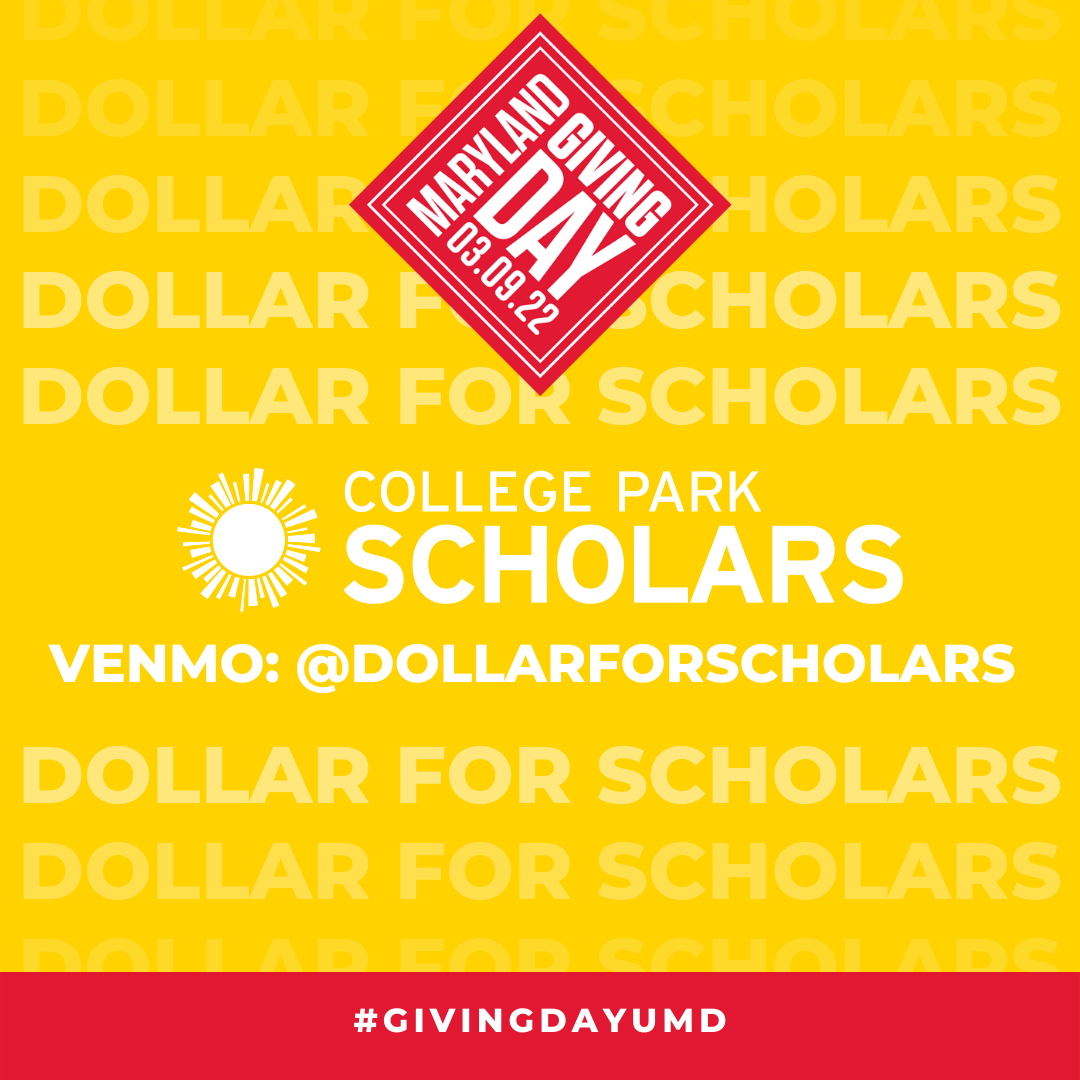 Through the “Dollar for Scholars” campaign, current Scholars students and undergraduate Scholars alums are invited to Venmo a single dollar to Scholars’ Jess Krenek (@dollarforscholars), between the hours of 8 a.m. and 8 p.m. EDT on Wednesday, March 9. Krenek, an administrative coordinator for the Scholars Central staff, will then make a donation on students’ behalf through College Park Scholars’ Giving Day page.

The “Dollar for Scholars” option is being offered to enable undergraduates—many of whom cannot meet Giving Day’s $10 minimum donation requirement—to still give back to their program and help fellow Scholars students.

All donations through “Dollar for Scholars” will be made to the Scholars Legacy Fund. The Legacy Fund each year provides co-curricular scholarships to Scholars students and undergraduate alums who face financial barriers in taking on internships, service-learning, research and global learning. Though these experiences can be life-changing for students, many are unpaid—making it difficult for students to say “yes” to these opportunities.

Students wishing to donate more than a single dollar, or who wish to claim their donation for tax purposes, should plan on donating directly on Scholars’ Giving Day site, at go.umd.edu/Scholars.

On Giving Day, Scholars are also welcome to stop by 1125 Cumberland Hall between the hours of 9:30 a.m. and 4:30 p.m., to pick up candy and to take Giving Day photos for social media.